Skip to content
Year after year, getting more exercise tops New Year’s resolution lists. And while the number of people committed to this popular goal often plummets by February, experts say having a dedicated space right at home that will inspire you to stay active can help. What are the design elements that will keep you honest and your home gym enticing throughout this year and beyond? We spoke with three home design pros to find out.

Resolve to Embrace the Home Gym
Between the rising popularity of more flexible free-weight workouts and the slew of apps and smart devices designed to bring the boutique gym experience home, more people seem to be finding it easier (and more enjoyable) to burn calories without leaving the house or blowing their budget.
“I’m seeing a lot more space with less equipment,” Chicago-based residential gym designer and fitness consultant Darin Daniels says.
He and other experts say homeowners are smartly opting for dedicated home fitness spaces that balance style and function. By prioritizing the look and feel of a home gym and choosing only those features that make sense for them, homeowners may be more likely to want to fit in a workout, Daniels says.
A room full of bulky equipment is no longer a must. A select few anchor pieces and room for stretching, yoga or functional training may be a better use of space, the pros say. Some buzzy new fitness gadgets, like the interactive Mirror home training system, even double as home decor. (The device acts as a sleek full-length mirror when it’s not live-streaming fitness.

Choose the Right Spot
Before you decide which machines or activity you want to emphasize, focus on choosing the right place in your home to set up your gym, which can affect how regularly you use it. Basements are often a logical choice as they’re usually tucked away and quieter. If they have concrete floors, they can also handle the weight of heavy equipment and weights better than other rooms. Garages offer similar advantages, Daniels says.
But if the idea of heading down to a dark basement might make you less inclined to get up and get moving, a spare bedroom or designated gym space on a house’s main or upper floors (or anywhere where there’s more natural light) can be a good alternative, though interior designer Chris Powell of Studio 133 in Colorado says designating a space for just working out can make a big mental difference. Choosing a location that’s a little more isolated might also help you focus, Daniels says.
“If it’s off of the living room or kitchen, you’re just asking to be interrupted,” he says.

Consider the Setup
Setting realistic goals for your workout space and designing it around those goals starts with asking yourself a few key questions, Daniels says.
Think about:
That are you trying to accomplish with the gym?

The answers to these questions can help drive the direction of your design, provided you’re honest with yourself and any professional you’re working with.
“Oftentimes people buy equipment that they’ve heard about but never used,” Daniels says. “They often will buy solely off of the health benefits as well — ‘I want a rower because I heard you burn more calories than on other machines.’ These are big mistakes. If the equipment doesn’t leave enough room to move around easily you won’t use it. If you don’t like the exercise or movement, it doesn’t matter how beneficial it is because you won’t use it.”
Pro tip: “Never put a treadmill where it will throw you into a wall if you fall while running,” Powell says. “A few minutes on YouTube looking at ‘treadmill fails’ will tell you why.”

Focus on the Floor
Flooring is one feature that came up again and again in our conversations with pros. It’s not only a safety consideration but an aesthetic one that sets the tone for the rest of the space. “The floor is your fifth wall,” interior designer Ginger Curtis of Urbanology Designs in Texas says. “It’s absolutely foundational, so I would say rip out the carpet and make that your one splurge if you’re on a tight budget.”
For the Denver-area home gym shown here (one of the most-saved new home gym photos on Houzz in 2018), Powell and his team at Studio 133 paired a commercial rubber gym floor with serene bamboo veneer panels and an accordion window wall.
“The exterior wall folds completely out of the way so you can work out or do yoga either indoors or out,” Powell says.
Other popular home gym flooring materials include vinyl, cork, foam and hardwood.

Shape an Encouraging Space
Curtis emphasizes the importance of a home gym’s mood and atmosphere, which she says can play a major role in how much use it will get. When she’s designing a home fitness space, like the one in the frequently saved Dallas-area yoga room photo shown here, elements such as lighting, view and a sense of organic calm are essential. The homeowners on this project were a yoga teacher and an NFL player, so Curtis incorporated equipment for each of them, along with soothing white walls, large windows and a warm wood door to tie in with the view of the outdoors.
“When you’re working out, your body is tired and it’s strained and it’s being pushed. So to have a workout environment that feels inspiring and bright and invigorating, it only helps produce the result that you’re trying to get at,” Curtis says. “Health isn’t just about physical, it’s also mental.”

Don’t Skimp on Details
To truly compete with a fully stocked commercial gym, you might consider finishing off the space by adding thoughtful amenities such as water and shoe storage, potted plants, a music or TV system, artwork or other decorative details, the pros say.
“Keep things organized so that functional items are out but in a way that is curated and still beautiful,” Curtis says. “So a beautiful wood pegboard to put water bottles in and to hang jump ropes and stretch bands on rather than things just being collected in a pile on the floor and not really being thought through.”

Stick to It
Ultimately, a home gym is an investment that can save you a pricey gym membership and make your everyday routine more convenient. “You can use your own shower, you don’t have to wipe other people’s sweat off of the bench and you don’t have to wait for equipment,” Daniels says. But reaping such benefits requires a space that feels energizing and inspiring enough to keep you coming back, long after the shine of your New Year’s resolution has worn off.“Sticking to an exercise program can be hard enough,” Daniels says. “The last thing you want is to wake up at 5 a.m. and walk into a cold, dark and uninviting fitness space.”

Share: What do you love about your home gym? Tell us in the Comments.

(How important is a home office to you?  Many homes have space for an office, but many look awful and you wouldn’t want to spend much…

Many of us spend all day with our computers and cellphones constantly within arm’s reach, so it may not be surprising that these items are now…

Building permits have been around a long time.  In Medford the first permits were issued in 1913.  In Jackson County, 1975.  Kimberly London, City of Medford…

(I recently had new flooring installed at my new home. Its wonderful.  But any of us don’t have a clue as to what type of flooring… 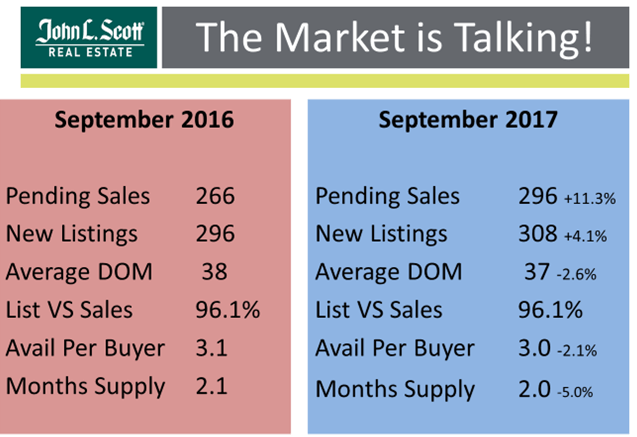 Here is the latest SOMLS information market snapshot.  See what pending sales and new listings are doing in September over  September market statistics. Fall is off…

Is maintaining a neater, more organized home part of your New Year’s resolutions? Then try changing a few home habits to help keep clutter at bay….